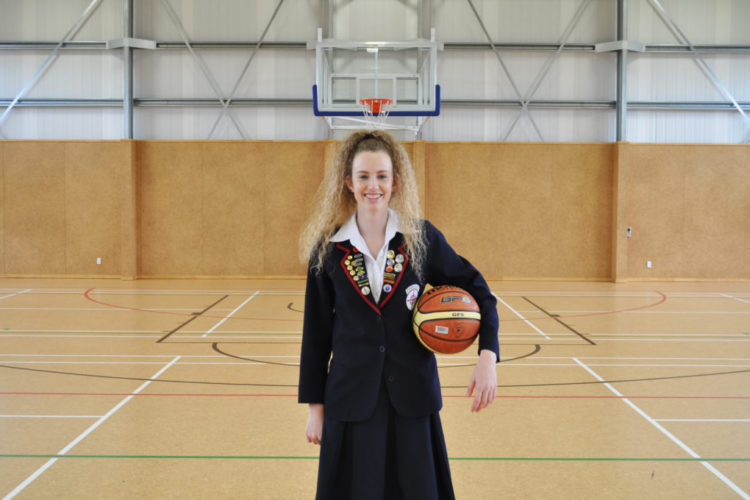 Basketballer Eva Langton will soon take a long last look at the beach near her Opunake home before she flies off to live some 2000 kilometres from the coast.

The Opunake student leaves Taranaki in August, not long after her 18th birthday, to begin a basketball scholarship at Western Nebraska Community College in the centre of the United States.

Although she will miss the beach, along with her family and school community, she’s looking forward to “the opportunity of a lifetime”, building her skills as she plays basketball for the college alongside studying.

“Over there I feel it will be step-up from here. When you put in effort, it’s going to reward you at some point, and I’ve been fortunate enough that it has,” she said.

Her scholarship coves all the costs of her tuition, accommodation and travel – everything except her fares to the United States, she said. It was initially for one year with the likelihood of an extension for a second year,

By 12 she was a Taranaki representative team member and played for her schools, St Joseph’s Opunake, and then for Taranaki Dio (St Mary’s Diocesan School) in Stratford, where she boarded for five years.

She has been to the United States twice before on short trips to play in tournaments in Las Vegas.

In 2016 she was the Head Girl as well as basketball captain and head of the kapahaka group.

This year, she is back at St Mary’s to work as a teacher aid until she heads away to Nebraska.

Langton’s Opunake home is a fairly sports-mad household, she said.

Her parents, Aarun and Stephenie, encouraged all three of their children to take up sports and family life was pretty busy as all three chose different sports and not just one each.

“I kind of play golf too. Dad’s a good sportsman and he gets me out. Golf is a good mind game, you have to learn patience and sometimes I need that, and basketball is a mind game too.”

Stay up to Date